For people with high achiever DNA

Moving you quickly down your ESH

The Alpha Programme is proven to create results.

It is an eight week individually based programme with high contact time with Stephen and the Certain Change team.

It is a programme for high achievers who are determined to create bigger rewards.

It is for people who know they are not letting themselves play full out.

It is designed for 40% of people who unnecessarily hold themselves back or even sabotage their results.

The Alpha Programme fixes this problem.

Solving the real problem, not the symptoms.

Giving you the 4 C's

you need at each step of your ESH

Gaining clarity is the most important but often overlooked step on the road to success.

If you have a confused or blocked vision you won't be able to set clear goals or see the real problems that you need to solve.

If you can't do this, you won't be able to create a clear plan. With no clear plan, you can't map out the tactics and tasks that need to be done.

Most of our clients don't have or won't let themselves create a clear and definite vision.

The first step is to find out why so they can.

The ROI on the programme cost is made at this first step.

Please don't get this confused with vision boards or other mindset processes. This is deep and challenging but it is the essential first step.

To hit your goals you first need to have absolute clarity on what they are.

Evolution is the biggest enemy of the entrepreneur.

Evolution has given us all an extremely strong survival mechanism. Unfortunately this mechanism can all too easily be triggered by the big goals of the high achiever.

That is why so many high achievers fail to act on their goals and skills.

This is what causes excessive doubt, procrastination and a feeling of being out of control.

The Alpha Programme gets you quickly back in control.

It turns off the excessive over-reaction of your survival mechanism to give you back full mental, emotion and behavioural control.

Certainty is the most desired of all of the emotions because when you have certainty you are free from fear.

When you are certain in your value, your vision and your goals, you will be highly motivated to take action.

40% of entrepreneurs and high achievers have excessive and unnecessary doubt and fear.

This robs them of the clarity, control and certainty they need to have the confidence to act.

The Alpha Programme is designed to make sure you have the certainty you need.

If you had the confidence to believe in yourself, what would you do?

If you understood and believed in your true value, what would you offer to your clients?

What business would you create?

And what would you charge?

Ultimately, the Alpha Programme is about creating the confidence you need to act.

Confidence in your value, your skills and the plan you have put in place

When you are confident in yourself your clients will have confidence in you too.

Ask about joining the Alpha Programme

“I’ve been working with Stephen Bates for a short period of time and already I’ve started to see results in my business.

I didn’t realise that I was frustrated at the pace of growth within the business.

We were growing revenue but there were things about me as a leader that was actually limiting the business in terms of my time.

Stephen said something really profound and showed me that despite having a team, despite having a really thriving business,  I was creating problems which stopped it being even more successful and growing even quicker.

I was creating problems and then getting frustrated that those problems were creating limits on the business.

I absolutely couldn’t recommend them higher.

Stephen Bates is an awesome guy and he will get you where you need to be and where you want to be.”

Give us just 8 weeks

A highly proven process to give you the control and confidence to act decisively.

“Thirty years of confused thinking, doubt and procrastination gone in a couple of hours.

Apply to join the Programme

Let your visitor know how you are going to use this information.

Clients all around the world 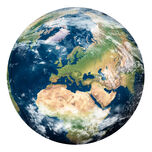 We have clients from all over the world.

Time zones and distance are no longer a barrier.

Just fill in the short form and we will get back to you to arrange a call.

You can ask your questions and we can check if you are the right fit for the programme.

There will be no hard sell and we guarantee you will walk away with some powerful insights to help you.

A lot of things were made clear and I felt like some "weight dropped off."

I seriously mean it. I realized how valuable the hour I spent on the phone with you was to me.

It literally changed so much about my thinking and how I am viewing the world.

“The last 8 weeks has been the most exhilarating and fruitful time of my life, with Stephen helping me uncover my true potential and learning the required skills to be a true leader.

But more importantly, learning how to understand people, the way they think and how I can impact lives around me by just understanding the real meaning of human behaviours and taking the right steps to improve the systems and processes required.

I initially struggled with my self-belief and leadership abilities until I met Stephen, and within 5 weeks I had managed to turn the whole company’s sales team into a highly motivated and driven force which is now operating at a level of 10X the previous 3 months and earlier months this year.

This time has been more than worth the investment I made in doing the ‘Alpha Programme’ course and the most valuable investment of training resources I’ve ever made in my 24 years, and I have spent plus of $10’s of thousands over the years on self-development.”

“Amazing moment/breakthrough/realisation yesterday that you need to hear. I've been talking with Stephen for a few months and officially together for about three weeks.

From the start, the 121 coaching sessions were incredibly powerful and things were starting to be unlocked that I've struggled with for years.

Monday, we had another call. One of the things I've struggled with is dealing with negative feedback/criticism on my Facebook ads (I'm an online Personal Trainer who specialises in working with the LGBTQ+ community).

In spite of knowing I've grown an amazing business that is helping thousands of people around the world, I often would see a post by a troll/critic/whatever and it would play over and over in my mind for hours.

What Stephen specifically helped me with on Monday was understanding why I was getting so worked up over something so insignificant but even more than that, he gave me the tools to deal with it.
Cut to yesterday afternoon, I was having a lovely afternoon off in Kew Gardens with my partner... And I foolishly glanced at Facebook (there's a lesson there in itself!), and another keyboard warrior had chosen to have a go at my business (calling it a scam).

I calmly replied that it wasn't, and posted the link to my wall of testimonial videos on my site... But it was still playing on my mind and I kept thinking if I should have replied at all, or done it differently.

I flashed back to the Monday training, applied what Stephen and I had talked about and instantly - literally INSTANTLY - the issue left my mind, and I felt a warm flood of relief and happiness.
I had decided to never let another troll attack the part of me that was getting upset. Because it wasn't the me of now who was getting upset, it was a very old version of me, who felt under attack.

And the realisation that I was in control and have the knowledge and ability to change who I am and how I operate was absolutely incredible. I then had a lovely relaxing rest of the afternoon.

Let Stephen help you figure out what's going on with the inner you, smash your blocks and move on. I'm so excited to push ahead now. Thank you Stephen.”